All Collections
FAQ - Frequently Asked Questions
How does pricing work on PayWhirl?

How does pricing work on PayWhirl?

We offer a few different pricing plans on PayWhirl

*The Spreedly Vault is available on all of our pricing plans that include a monthly fee and costs an additional $10/month and 10¢ per transaction. Gateways include Bambora / Beanstream, Citrus Pay, Cyber Source, Elavon, Heartland Payment Systems, NMI, PayPal Payments Pro, Sagepay, WePay, WorldPay, and more.

In addition to PayWhirl’s fee, you will also pay a processing fee to the gateway you have connected. See the gateway's site directly for up to date pricing info: Stripe, Authorize.net, Braintree.

The totals above are for credit or debit card transactions. If you're using ACH (Stripe only) then the rates are cheaper (currently 0.80% for ACH transfers).

Can I change plans?

Yes! You can change pricing plans at any time. If your business increases, you can upgrade to reduce your rate. The next invoice that generates will be at the new rate.

Note: If you are on a monthly paid plan using Braintree or Authorize and downgrade to Starter, you can only use the Stripe gateway. Make sure you have transferred your customers to Stripe beforehand by reaching out to the gateway's customer support. This will help simplify the transition.

When are transaction fees from PayWhirl charged?

If you use the Stripe gateway, PayWhirl transaction fees are deducted immediately when the transaction processes. They are not billed with your monthly plan.

If you are using Braintree, Authorize.net, or Spreedly your transaction fees will be added to your monthly bill along with your PayWhirl Plan.

On the Invoice > Payments page you can view the PayWhirl fees for each transaction that is processed by PayWhirl. 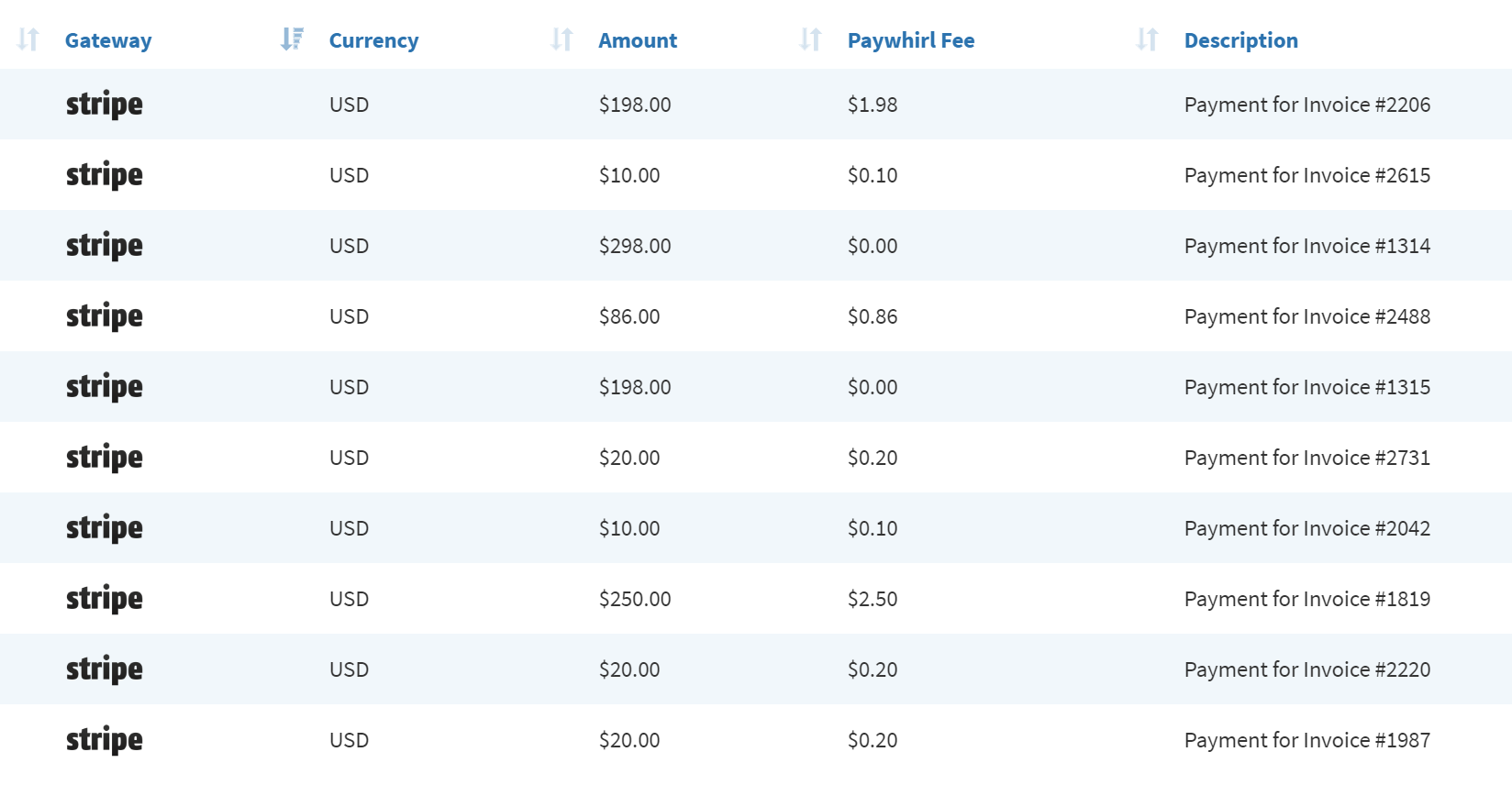 Have you seen our getting started tutorial? See this quick start guide.