Clients who signed up to PayWhirl through Shopify use their Shopify payment method for PayWhirl charges. 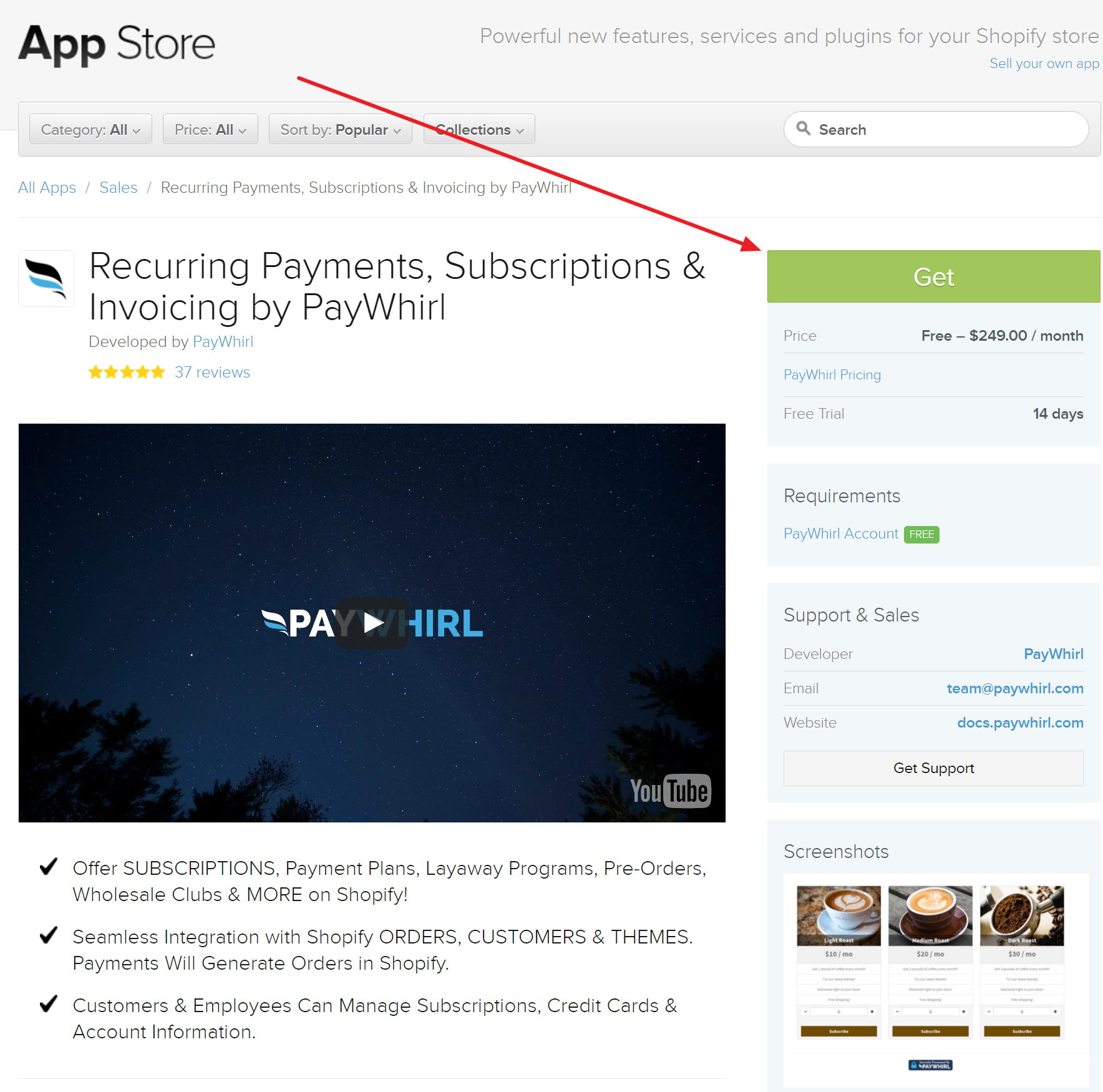 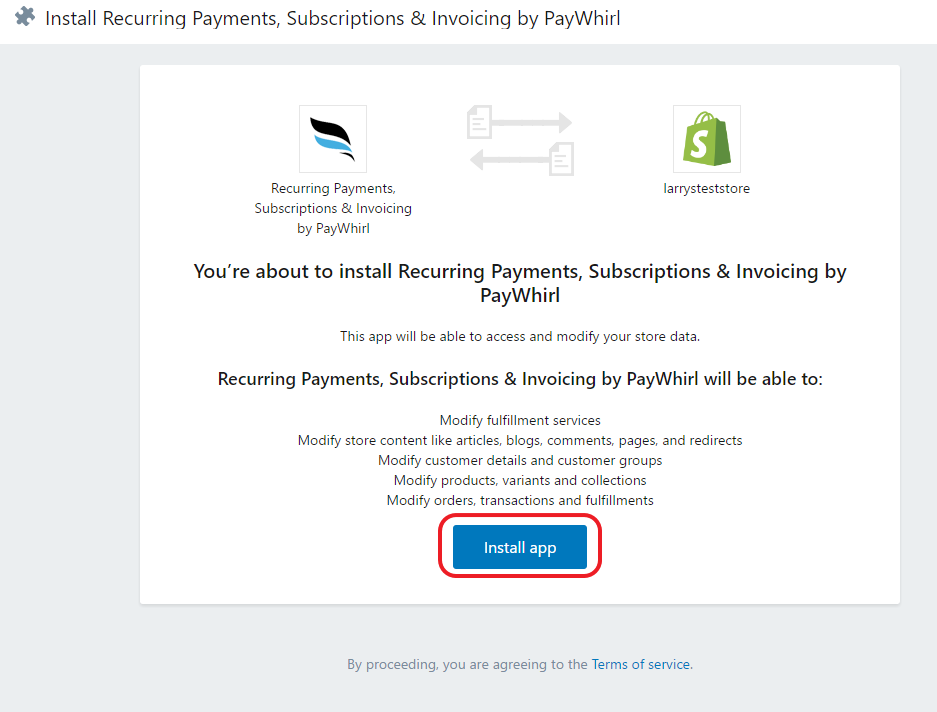 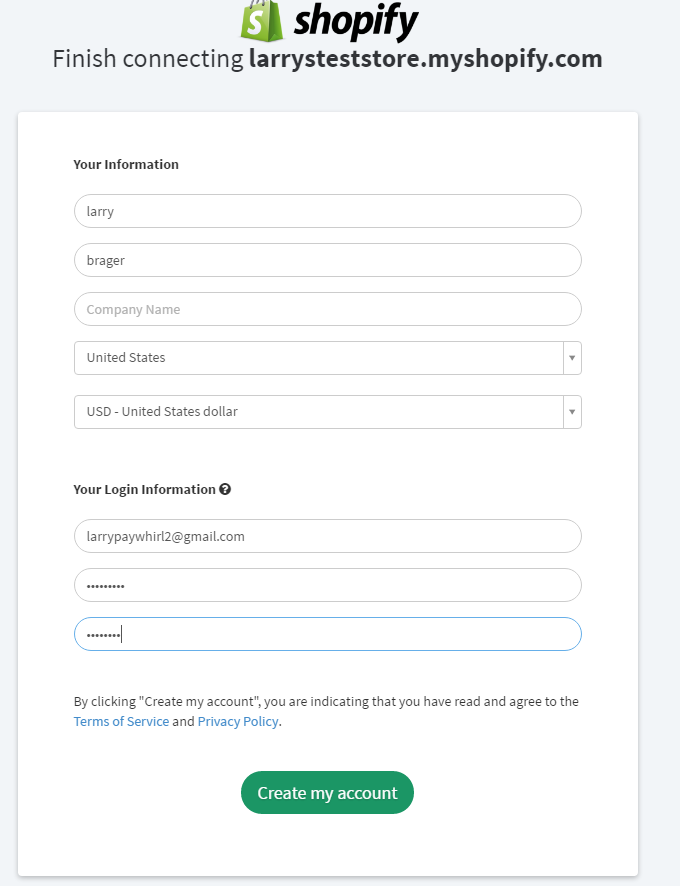 Once you finish creating your account, you will be asked to select your PayWhirl plan. If you already have an account, you can adjust the plan by going to Account Settings > Billing.

With Shopify billing, you won't have to enter another payment method. All monthly charges are billed directly to your Shopify account. If you are using Braintree or Authorize, the transaction charges also billed to your Shopify account. This transaction charge is added to your monthly invoice.  There is no contract, so you can adjust your plan at any time. 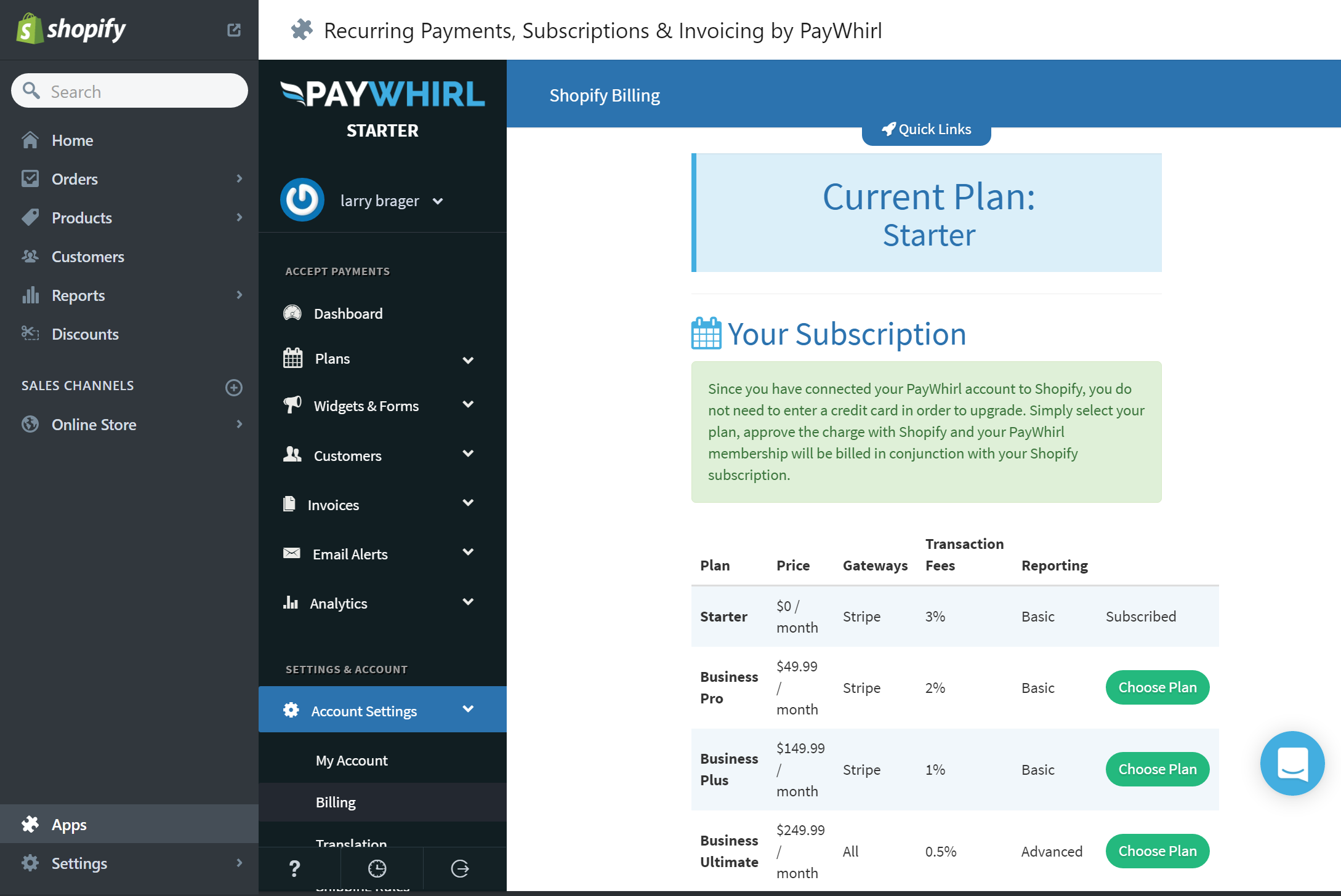 Note: While you can use PayWhirl "inside of Shopify", it is recommended to open PayWhirl in a separate window or browser tab by going to PayWhirl.com directly.

When you select a paid monthly plan, you will be asked to approve the charge in Shopify. Click "Approve Charge" to continue. 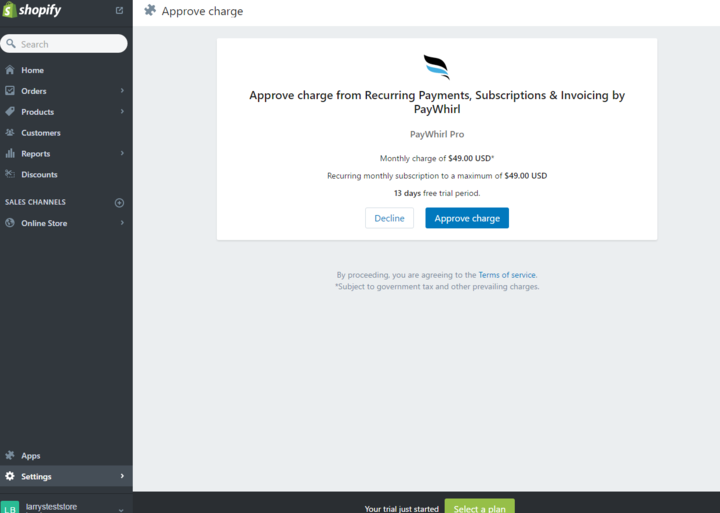 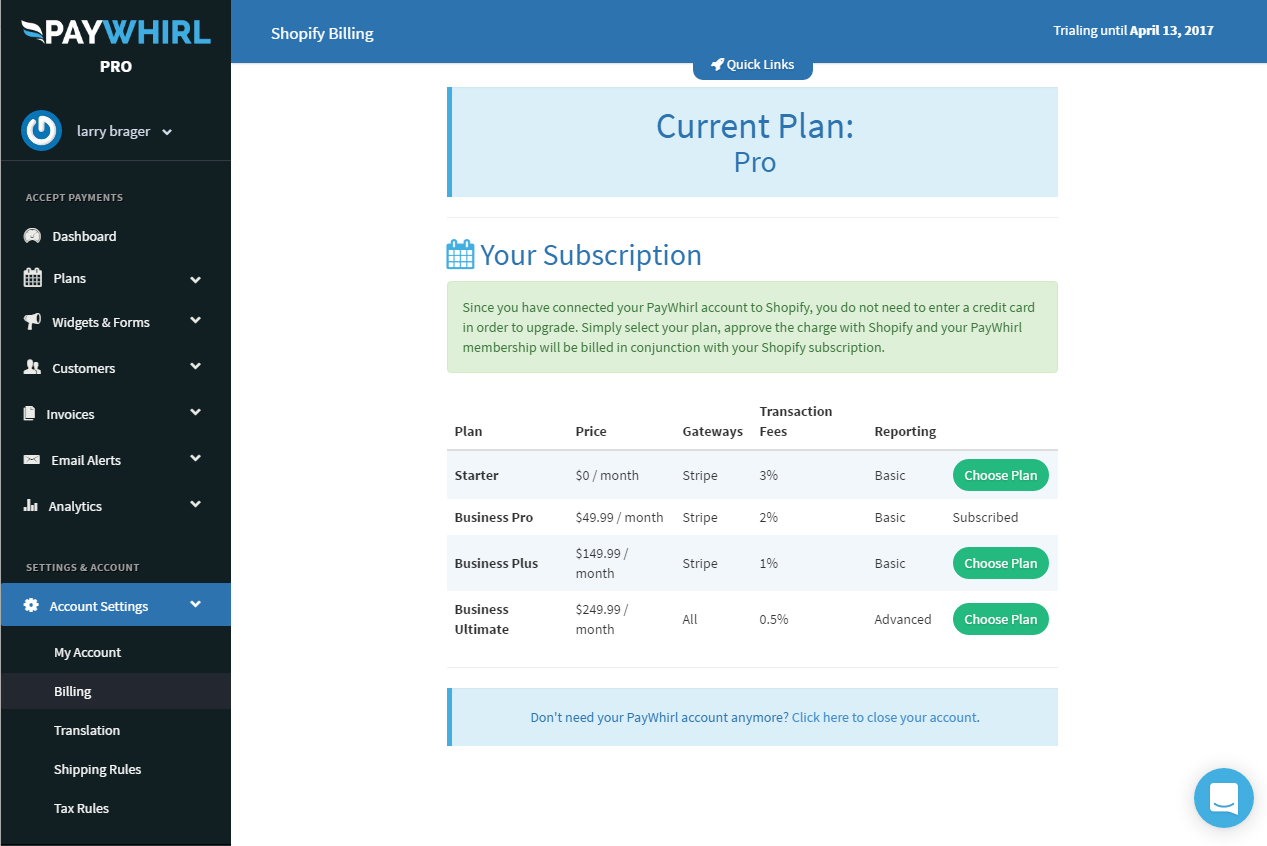 You can now start configuring PayWhirl to process recurring payments. Check out this Shopify guide for help getting setup.